First of all, downloading the app, you grant access to your contacts as well as agree with the program's Terms of Service. The app essentially can share the data with any third party. Thus, downloading it to save yourself from spam, or unwanted calls, might mean a higher risk of your own contact list with numbers, names and additional personal information appearing online, in the hands of spam companies or even rogues. Your personal information and phone number can also already be in the database, if one of your friends downloaded the app.

In addition to the above-mentioned functions, there is the app's most unusual feature. A user can view which name is attached to a certain phone number in others' contact lists. In other words, you can now see how other people call you in their contact list, and you can also check that for any other person. This has become a huge scandal, as many secrets have been revealed and people's privacy has been violated.

To name just one example, I saw the case of a person who calls herself a "travel blogger and media influencer" in her Instagram bio and has hundreds of thousands of followers online. Her pictures from luxury resorts all around the world have an impressive amount of likes. Surprisingly, the app revealed that she was called "Dubai Escort" in multiple phones. Because of the high searchability of her name and profile, screenshots are not attached here for evidence. However, I believe you can see my point here: this is the kind of information that might influence one's reputation, personal relationships, or career - and it is now easily accessible.

While this is quite awful already, some individuals, impressed by the social effects of this app, started renaming certain contacts, attaching unpleasant and fake information out of revenge, or for fun. Some called all the girls on their contact lists "Sex on the first date". Many shared their experience of adding unpleasant information to their exes', or bosses' contact information, just so others can see it. Social media feeds were then full of memes and screenshots connected to this extraordinary app feature. Thus, there is a variety of ways, in which people can get manipulated and manipulate, on this app.

Is it worth it? Since the popularity of the app is growing, it shows us a sad tendency. The whole situation has revealed two crucial problems. First of all, developers keep finding new, creative and extraordinary ways of manipulating us into giving away our personal data and people do fall for it. Without the function of enabling checking yourself in the phones of others, this app would certainly get less hype and would also not have resulted in an international privacy scandal. Developers certainly know our weaknesses, as well as psychological aspects of an issue and successfully use them for promoting their product to millions of users.

Here comes the second problem, which is even more crucial: the disturbing lack of people's awareness of the value of their personal data. Users do not understand what they are signing up for by accepting the app's ToS. Many viewed this app as some kind of a "game", a way to prove the impression you have on people. But is a 5-minute fun checking yourself worth exposing your own and others' data? If your answer to the question above was "yes it is", I have bad news for you. However, then you might be one of millions users who downloaded the app.

Nevertheless, there is a second category of people who are more or less aware of privacy issues and debates - but there is still a "but". Nowadays, people who have heard of potential outcomes of such actions, still find the discussion too abstract to follow. What is this "data"? We cannot see it, cannot touch it, thus it cannot really harm pressing that "Download" button, since it is very hard to beat your own curiosity. I believe many readers of Diggit Magazine for instance keep an eye on the whole privacy issues situation. Yet, we still use various social media, don't we?

Talking to some of my friends who tried using it (yes, my number is probably in the database, too, and I am not happy about it), the popular opinion was "Yes, I know it is bad, but come on, what can really happen?". Well, with this approach no-one should be surprised by being hacked, robbed, blackmailed or spammed.

What can we do? Personally, I did not download GetContact, I'm not planning on doing so and I strongly advise you to avoid it. All I wanted to show, is that by falling for this kind of simple trick by the developers, you might not only put your own, but also others' information, in danger.

If you ever feel tempted to download this, or similar apps, please think twice. Do not hesitate to read about the app's terms of use and privacy conditions. It might require extra information, or types of access to your phone, which are not necessary for the functioning of the app. Importantly, think about what could potentially happen to you, or to others, if certain kind of information gets revealed: it might be sensitive, or contain a real threat to people's finances, privacy, or lives. 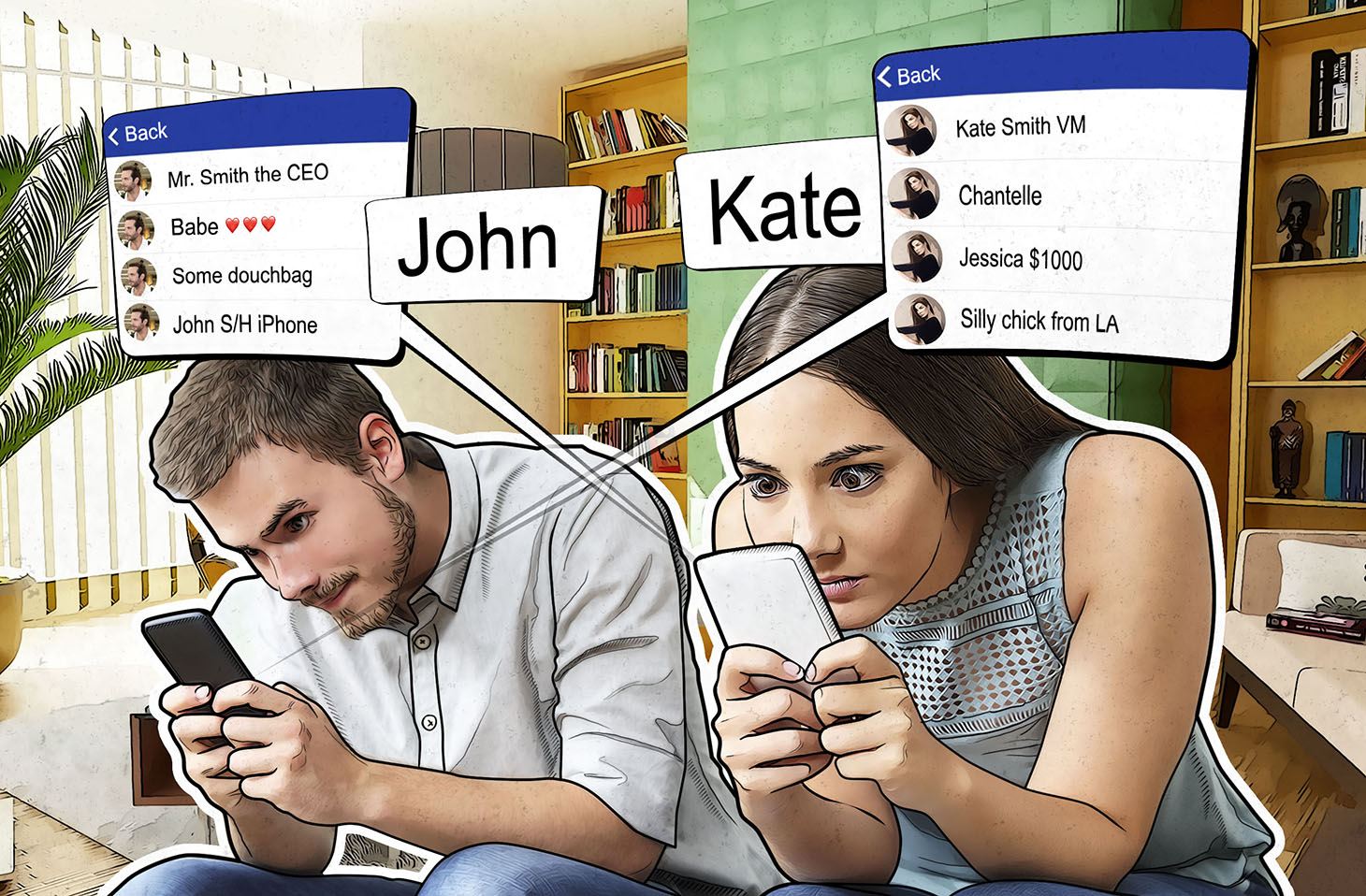